Arguably the first armoured vehicles used by the British army in Ireland were the Guinness Daimler trucks that were hastily converted into improvised armoured trucks in 1916. This improvisation was carried out by the Great Southern & Western Railway Company at their Inchicore Works in Dublin. 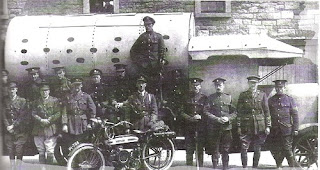 The railway engineers riveted 4 locomotive smoke-boxes together to make the steel body for the troop compartment. The bodies were then hoisted onto the flatbed of the trucks and bolted in place. Next, firing ports were cut in the sides for the soldiers to use their rifles. They also painted many black spots on the outside of the smoke-boxes to resemble the firing ports in an effort to confuse the rebels. The truck cabs were replaced by steel plates and locomotive roofs to protect the drivers while the engine compartment and radiator were encased in steel.

The steel used on these vehicles was not armour plating and was not bullet proof but the curvature of the smokeboxes helped to deflect the rounds and offered good protection. One can only begin to imagine the noise inside these vehicles with the soldiers firing their weapons from inside and the bullets from the rebels hitting the outside on the vehicle.It must be remembered that the 3-Ton referred to above, was the Gross Vehicle Weight (GVW) of the truck before the modifications and when completed were probably in the region of 6-8 tons. 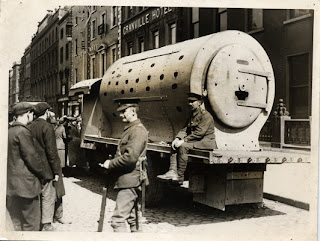 Due to wartime restrictions and shortages of raw materials, there was just enough boilers/smoke boxes to fit three Daimler trucks. A fourth truck was fitted with steel plates that was hastily designed more or less as a steel box and was cut, bent, forged, drilled and fitted in one day. This can be said to be the first real armoured car built in Ireland. 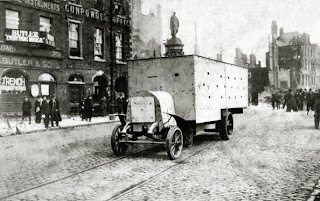 The only box-type improvised armoured vehicle created at the
Inchicore Works in 1916 on a Guinness Daimler 3-ton truck
(Location: junction of Sackville Sreet and Bachellor's Walk)


As regards the tanks, a reply by Sir Worthington-Evans to a question in the British House of Commons on 13 February 1922 states that ".... All the tanks now in Ireland are obsolete or worn out, and these are being stripped and completely destroyed to save expense of transport ....." (Hansard transcripts of British Parliamentary Debates). There is no reference in the debates as to what type of tanks they were or which company bought the scrap but most likely Hammond Lane.

Mark A, Whippet Medium Tank
The original Whippet armoured vehicle was a medium tank which arrived in Ireland in late 1918, supposedly as part of the recruiting campaign following the failure by the government to introduce conscription. The Mark A, later nicknamed the Tritton Chaser, was designed by Sir William Tritton and built by William Foster & Son at their Lincoln Works. Approximately 200 Mark A's were built and served throughout the war in places as far apart as France, India and Japan. 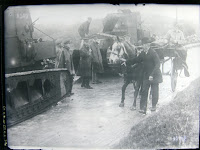 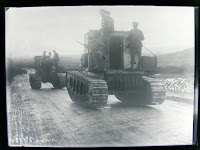 This is the type of tank that everybody remembers from pictures of WWI. The shape of this tank was rhomboidal and the tracks ran over the top from front to rear with no track protection plates or side skirts. 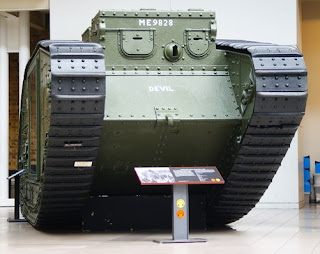 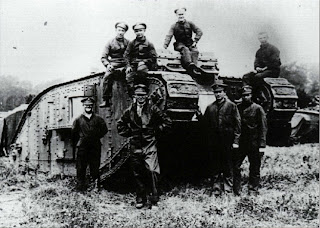 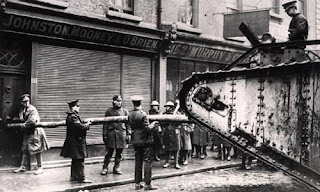 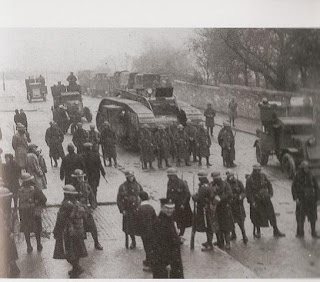